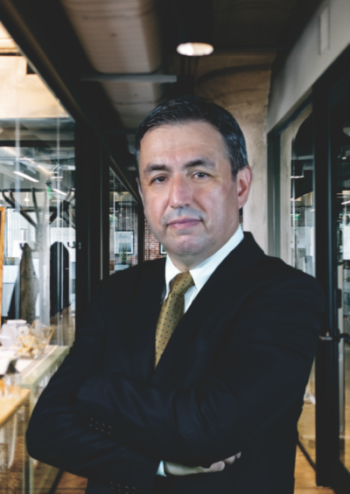 Dr. Altay Atlı is the founder and the managing director of the company. With more than 15 years of experience in providing strategic advisory services on Turkey and international markets to companies and business associations, Dr. Atlı is academically active as well, teaching graduate courses on Asian economies at Boğaziçi University, an undergraduate course on global business strategy and an Executive MBA course on international business at Koç University.

Dr. Atlı was previously employed as a research coordinator at Turkey’s Foreign Economic Relations Board (DEİK), and as an expert at Sabancı University Istanbul Policy Center. He was chosen a “Global Emerging Voices Fellow” by Torino World Affairs Institute, in partnership with the German Marshall Fund of the United States, Australian National University, and Stiftung Mercator, and he was recognized as a “Young Academics Fellow” by the Global Relations Forum. Dr. Atlı is currently an expert member at the China Network of Turkish Industry and Business Association (TÜSİAD), Turkey’s leading business association.

A former handball goalkeeper who has played in Turkish and Australian leagues, Dr. Altay Atlı is a board member of the Turkish Handball Federation in charge of foreign relations and international projects for the period 2021-2024 under the administration of president Uğur Kılıç.